Do I Live or Die? 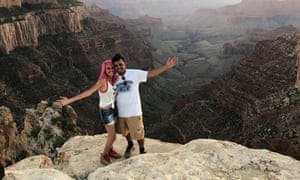 I decided to take a longer summer vacation than usual, three whole months away from the tropical rains in Florida that give me horrific headaches. The trip was well-planned. For the first two months, I’d visit my son and his wife at their new home in Hamden, Connecticut, the farthest destination. Then spend one month in a house my brother and his wife rented in New Rochelle, New York. They had the month of August and September was my turn.

The drive to Hamden went smoothly. The two months were comfortable in their lovely home surrounded by a wooded area and community swimming pool and tennis courts. Not that I play tennis or swim. I did get a lot of writing done. It was exceedingly hot and humid, (could have stayed in Florida). Short bursts of cooler weather were more than welcomed. I was allergic to their cat. Their bickering and arguing was something they always did (I hated that), but this time there was added tension. Most of the hollering was done in their bedroom where I heard raised voices, but not the words. The fighting grew worse. I could live with that; my parents were experts. Before I moved on to the next city they announced they were getting a divorce after more than thirty years of marriage.

My brother, Jay, and his wife, Joan had to stay longer than we agreed, so I was invited to come a few days early. The drive there was full of upset about the break-up of the marriage and made it impossible to enjoy the trip to the house my brother picked out. I consoled myself with memories of their making up after each blowout. Maybe it will happen this time. The house Jay rented looked charming in the pictures online. It was built in the eighteen hundreds for a wealthy man who owned hundreds of acres of land. His name was Davenport and there were so many streets named for him, you could go around in circles and easily get lost.

The few charming touches lost their appeal quickly. When I woke up in the small bedroom that first morning, my back was in knots. It was painful but I worked out the kinks with a twenty-minute stretch in all directions.

I found out there was nowhere, nothing to see except to go except the Dollar Store or a restaurant. I went to get hangars since Jay and Joan used all there were in the house and were going to take them home when they left. The television had a different system I never heard of and don’t want to ever again, called FIOS. No Netflix or Amazon, and a guide that literally took at least forty-five minutes to run through. I gave up and left it on CNN.

They left and tried getting comfortable enough to watch TV. Another problem. I sat in every chair. All three should have been in the garbage twenty to thirty years before, or at least reupholstered. The couch was so full of lumps and bumps a kid could have a grand time riding them.

I had moved into the master bedroom and woke up screaming. My back was broken, and I yelled, “Ouch” with every move. It took more than an hour before I could walk straight. Breakfast was fine, everything worked in the kitchen, but there was not one pot in which to make cereal or the bean soup I brought from home. There were plenty of pots – each as old as the house, with insides so eaten up, I was afraid I’d get sick if I used them.

Since there was nowhere to go and nothing of interest to see, I stayed in and worked on my book. My eldest son, Tedd, came for a visit and I described what those two weeks were like.

“If you’re so uncomfortable, why are you staying?” Tedd said in disbelief. “No one’s stopping you from leaving.”

“I thought about yesterday and you’re right. I can go home. I’ve been away long enough already, and I want to be ready for my birthday dinner and the grandkid’s tenth-anniversary bash.”

After that, going home was all I could think about. It took a few days before I made the decision and let Tedd know. He drove back to have a last lunch with me. We dined at a lovely restaurant called Dubrovnik. The food was good and the service excellent.

We went back to the house. “I decided to leave,” I told him.

“You know there’s a hurricane coming.”

“Yes. I checked it all out. If I leave right now I can miss it. I’ll be five hours ahead of the storm.”

“As soon as I give you all the food and finish packing the car.” I bought all the food, mostly frozen, that I would need for the last two weeks and it would never make to Florida.

A half-hour later, I was on the road having called the woman who rented the place to us. I told her exactly what I thought of it and her having no chance of getting long term- rentals she wanted because it was so uncomfortable. She actually thanked me, so I felt better about our talk.

To my surprise, there was little to no traffic through New York and onto the Jersey Turnpike. It was not until the end of the pike that things changed.

I got as far as Washington, DC, without a problem. I must have missed the sign for the tunnel to continue on I95. The next sign said south on 295, and I jumped on. At that point, anything that said south was okay with me.

I was not on 295 long and we moved at a good pace when the entire line of cars was ushered off the highway by three policemen in some small town without a name and no detour signs. I reprogrammed my GPS three times hoping it would find a different way to go. It didn’t. It kept taking me back to where I got thrown off the road. Wandering around and with a sigh of relief, I finally found I95 again.

About a half-hour later the same thing happened. It was not raining and there was no sign of any hurricane, but they were closing parts of the road. Now I was angry. Why didn’t they post a detour so strangers like me would know where to go? Again, the cars in front of me had no clue and wasted time driving around. I watched the compass on my display until it said south. I drove for about an hour and found a highway.

The third time it happened I was ready to scream. After driving around again I decided to go east. I95 had to be east. Maybe I could find it. I pushed myself to not give up and drove for at least forty-five minutes. No I95. I went all the way back west, was in North Carolina completely confused, and drove in circles trying to find a way south again. I don’t know how I found the road or what it was named if it had one, but I was finally on my way – again.

My lights stopped working. The only way I could drive was by pulling that stick toward me and holding it in one hand. The only light was the high beam. I avoided all the cars in front of me, didn’t want to blind them. Driving was difficult and my hand was soon numb. By that time, it was late and I was in the middle of nowhere and had no idea where the next town might be. I locked the doors and slept in the car. I could get gas and have someone fix the lights in the morning.

I was up very early and on the road looking for gas when a police siren was behind me. “You are driving with your high beams on. You are not allowed to use them at this time of day.”

I explained my situation, he was kind and told me where to find gas and made me promise to have the lights fixed. But where I could do that, he didn’t know. I filled the tank and took off for home.

I found myself in a town called Lumberton and decided to stop for breakfast. When I finished eating, I inquired about a road going south. “When you leave, turn right and then at the next intersection turn left, and you’ll be on route seventy-two.” I did as he said and there it was.

You don’t think this was the end, do you? Please subscribe to I can let you know what happened next.

← It worked and I learned
How was Elisha born? The Weirdest. →

This site uses Akismet to reduce spam. Learn how your comment data is processed.